The Arizona Project – Conversations in Phoenix

Research and on-site project. The class of the Design for the Living World spent two months at the International Artist Residency at the Combine Studios in Phoenix, AZ, got involved with local initiatives and the neighborhood, and worked with Postcommodity on the installation of the Repellent Fence, a land art and community-based project on the US-Mexico border.

One of the most unexpected and fruitful outcomes of our time in Phoenix were exciting conversations with individuals we encountered and worked with. They shared their knowledge about the land, migration and immigration, resettlements, community engagement, the construction of history and most challenging for us who came from Europe and had hard time to understand a city where people don’t walk but drive, the public space, or the lack of it. We have developed several projects – most of them on the research side with the exception of The Tour, which was a performance, and the Interactive Storytelling workshop. They would not happen without knowledge, insights and generosity of Phoenix residents.

Working with Postcommodity on the Repellent Fence

In early October 2015, we stayed one week in Douglas, Arizona and Agua Prieta, Sonora, the two cities divided by the US/Mexican border. We worked with an indigenous artist collective Postcommodity on the installation of The Repellent Fence. 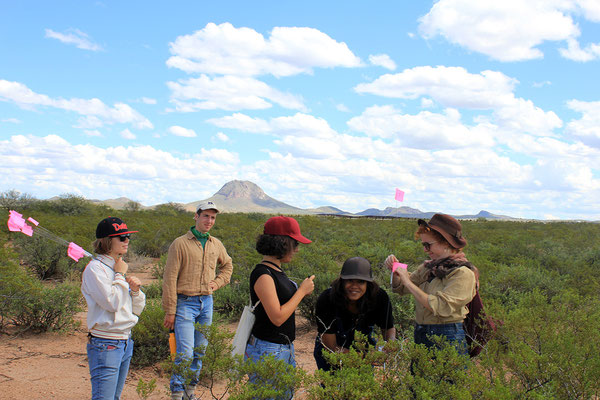 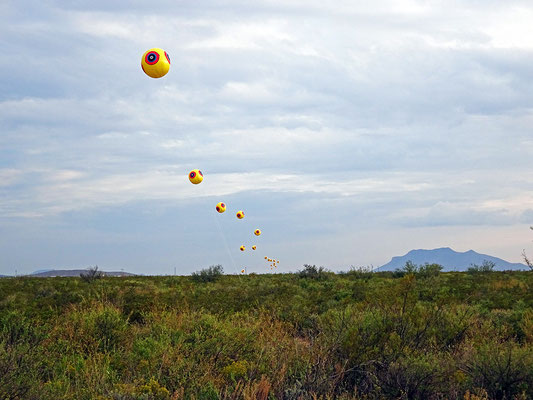 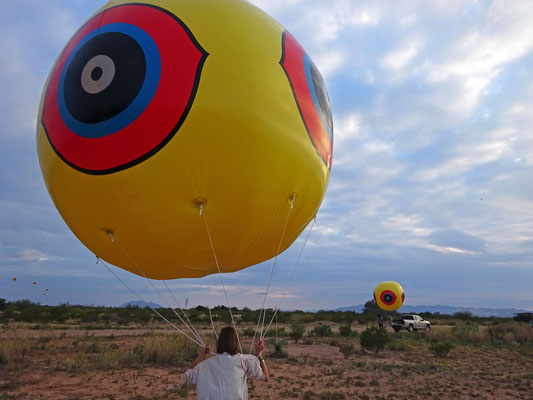 The Privilege of Citizenship

The Privilege of Citizenship was a public event by Design for the Living World class organized at the Galiano’s Cafe in Douglas, in the context of the Art Walk on G, the first bi-national artwalk in Douglas, Arizona, USA and Agua Prieta, Sonora, Mexico on Oct.10, 2015.

In the 1st half of 2015 half a million undocumented refugees arrived in the European Union. The Priviledge of Citizenship is a report on the current refugee exodus from within the European borders. 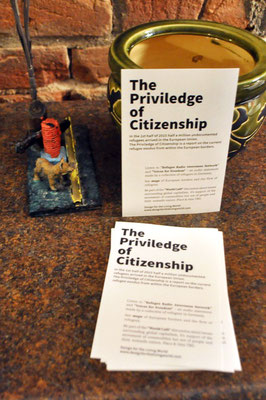 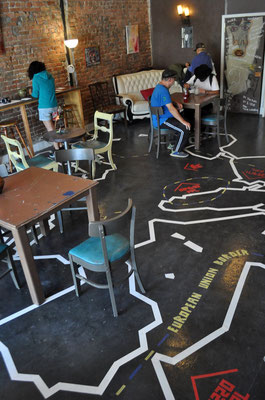 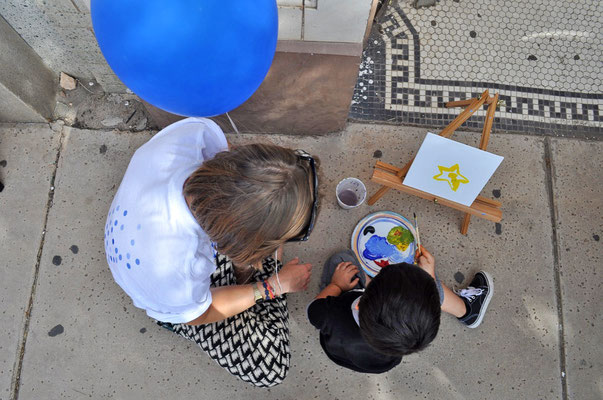 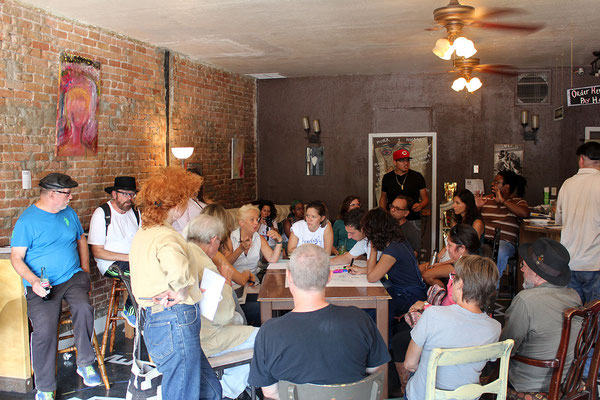 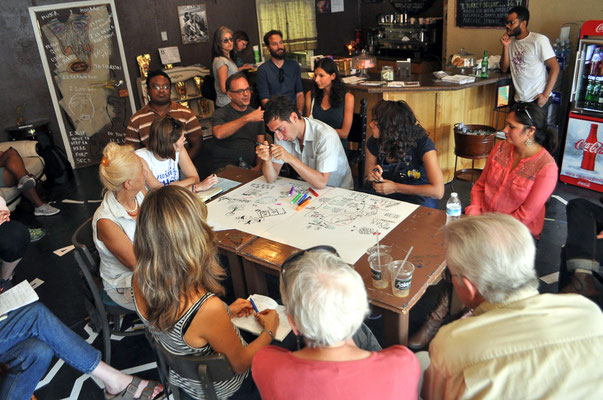 by Maria Christou and Anastasia Reschke

As part of the artist residency in Phoenix we got introduced to the situation of predominantly Mexican immigrants in the United States and learned that especially discrimination through racial profiling, the separation of families through, partly illegal, deportations and the exclusion of public services (i.e. libraries, health care, financial support) can be counted among the most pressing problems.

During the research, we also found several misjudgments concerning migration, among them the well known fear that migrants steal jobs from the local population and receive benefits without paying taxes. Also the media coverage focused mostly on the negative aspects of migration. Researchers of Oxford University found out that the most common word to be used in connection with migrants is ’illegal’, although the illegal migrants make up less than one-third of all immigrants in the United States.

Against this background, we asked ourselves how the public perception of migrants could be turned from the fear of „the other“ into curiosity and then into appreciation and understanding.

To further investigate this, we started to work with Puente Arizona, a grassroots organization for human rights and migrant justice, and Puente Ink, an arts co-op collective project of Puente. At one community event we also got to know Tess Acevedo, a Phoenix based educator, artist, activist and storyteller, that practices storytelling to communicate issues concerning social inequality.

We decided to try out, whether interactive storytelling is an adequate method to better understand ourselves, our communities and our world through sharing experiences. On Friday, Nov 6th, we gathered together to constitute co-living scenarios, analyse and rethink the reality, which we are living in.

We learned that interactive storytelling, along with other practices, is a powerful tool to initiate community dialogue, using the advantage of another imaginary to get a different perspective on delicate topics like the perception on migrants. 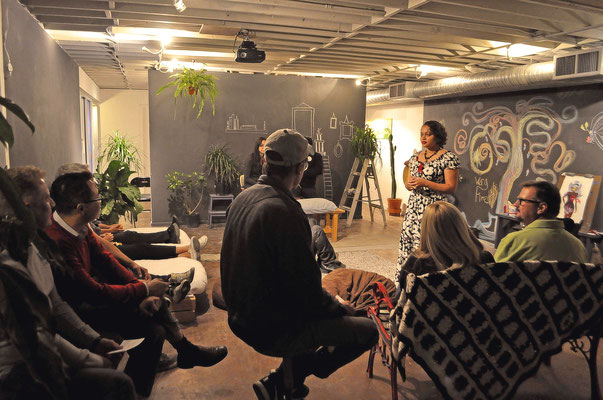 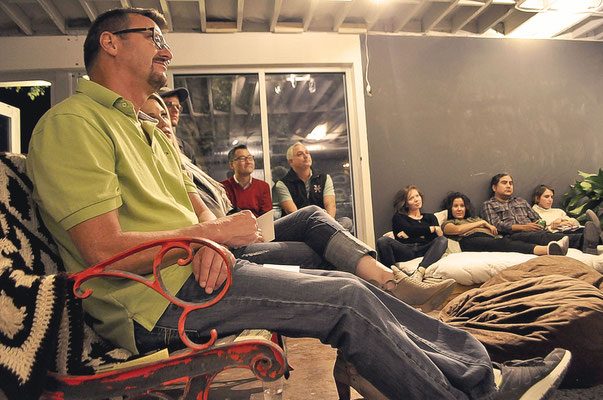 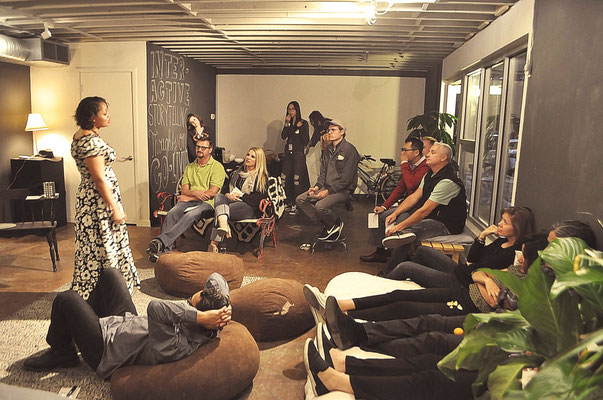 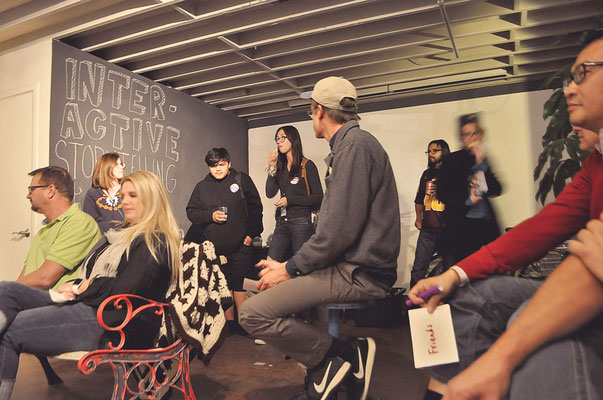